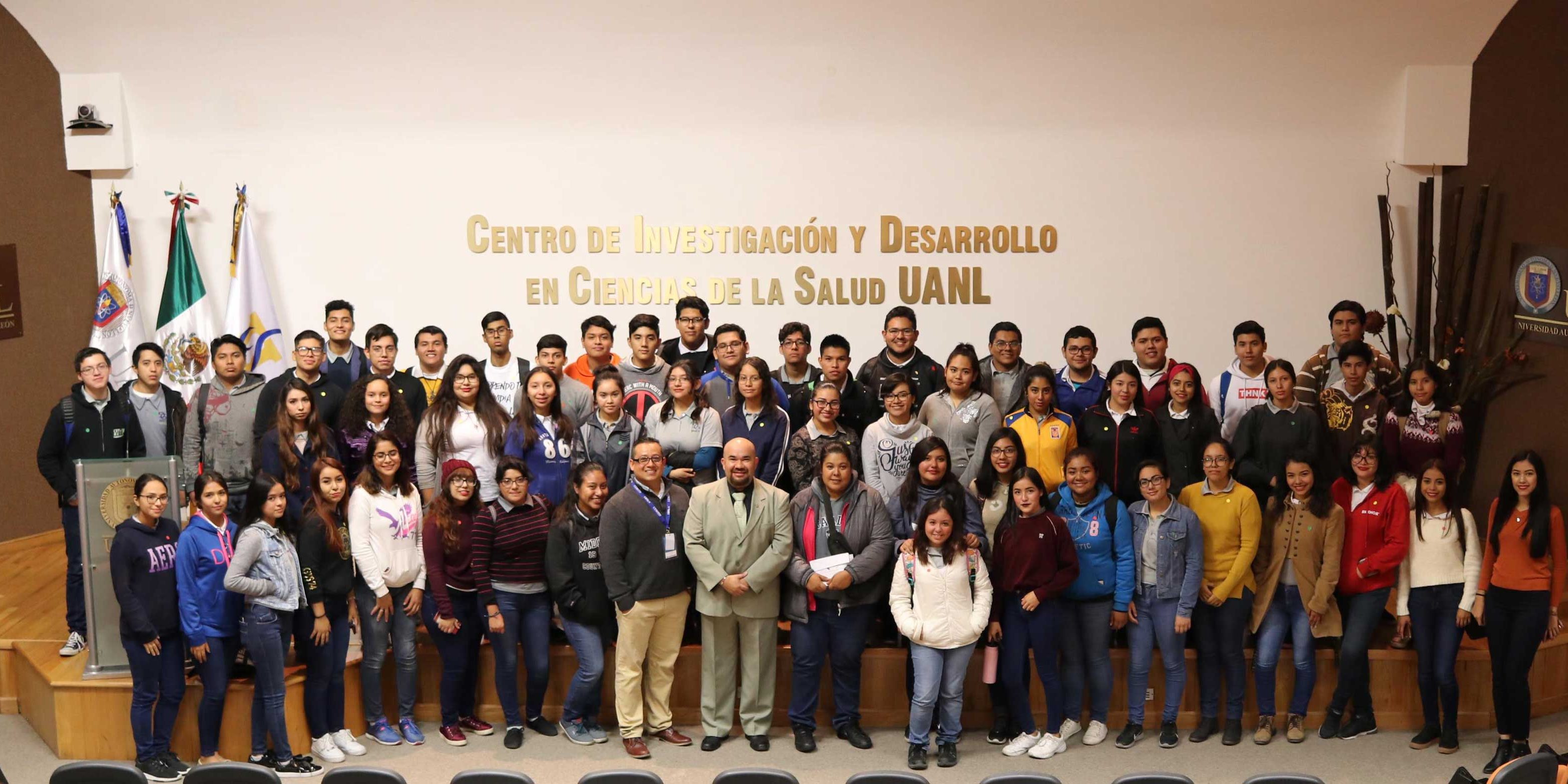 Lecture: “Insects in our environment”

This last October 22nd the lecture titled “Insects in our environment” was held by QBP Rosa María Sánchez Casas, Chief of the Emergent Pathogens Unit at CIDICS and Teacher of the School of Veterinary and Animal Sciences of the Autonomous University of Nuevo León. The lecture was attended by students of the CBTis No. 74. The students then visited laboratories of the Neurosciences, Genomics, and Emergent Pathogens Units to know the research areas each unit offers.

During the lecture, topics like diseases transmitted by vectors were discussed, emphasizing that it is of great relevance to Public Health. Diseases are contracted through some organisms like insects that carry viruses, parasites, and bacteria into humans.

From a Biological perspective, vectors are divided in mechanical and biological vectors. A mechanical vector is that that only carried diseases, say a bacteria or a virus; a biological vector is that that carries microorganisms inside itself. “There cannot be the same control for every insect; there must be a way to control them and, currently, the system is failing, we cannot generalize or standardize techniques, nor the teams that are used, nor insecticides”, mentioned QBP Sánchez Casas.

Disease transmission is determined by an array of social health factors, derived from money distribution, power, and resources depending of the politics taken to a global, national, or local level.

It is important to be aware and follow prevention measures. Vector transmitted diseases can lead to death. Recently, in Brazil occured an outbreak of yellow fever, transmitted by the Hoemogogus and Sobethes mosquitos. More than 50 people have died in 2018. Some examples of diseases transmitted by vectors are: dengue fever, Rift Valley fever, yellow fever, Chinkungunya, Zika, Mayaro virus, Malaria, Japanese encephalitis, lymphatic filariasis, Von Willebrand disease, amongst others.