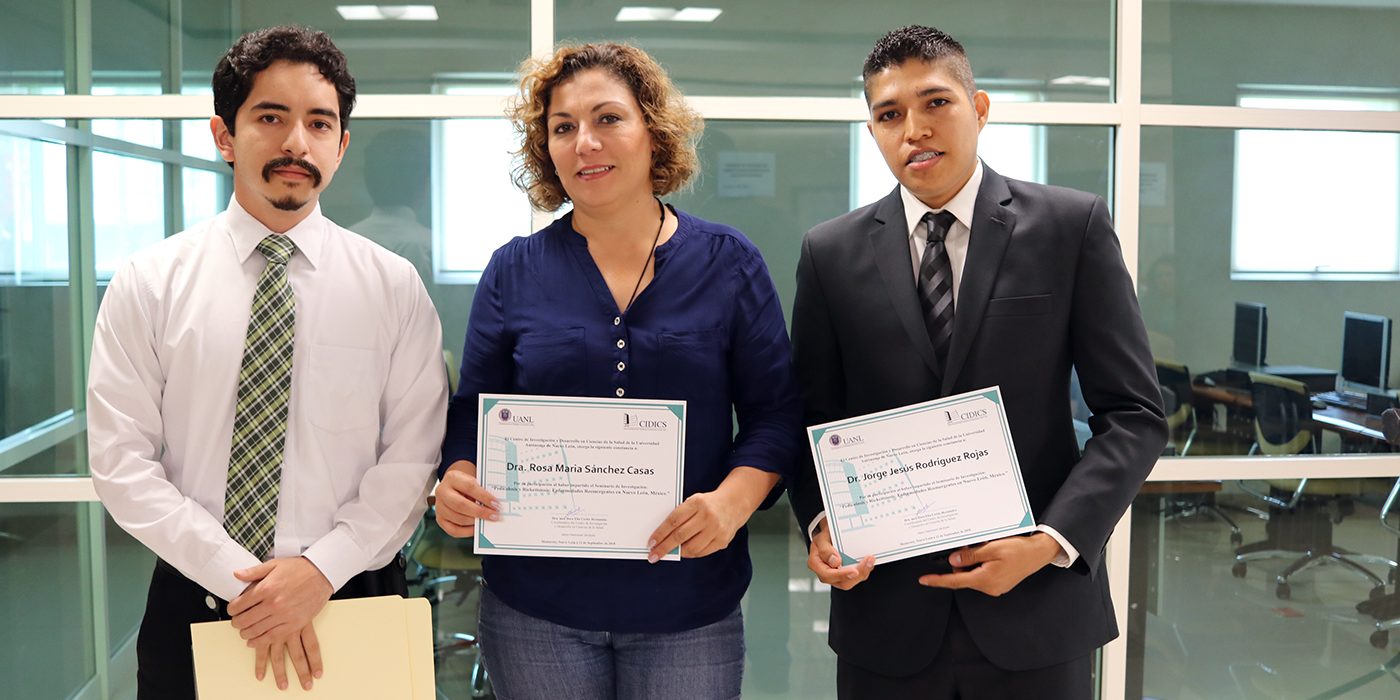 PhD Rosa María Sánchez Casas and PhD Jorge J. Rodríguez Rojas, researchers of the Emerging Pathogens Unit of the Center for Development and Research on Health Sciences, exhibit a seminar where they spoke about skin diseases that can arise because of insects, such as lice, ticks, and fleas.

One of the characteristics of emerging diseases is that they are new or known diseases that appear on new areas. Occasionally, unknown or featureless manifestations can be present, and are called like that because they’re caused by an infectious agent recently identified and previously unknown. Some examples of said diseases are AIDS, H1N1, H5N1, avian influenza, Ebola virus, amongst others.

Re-emerging diseases are infectious diseases discovered recently or already known considered controlled. Some of these infections are declining or have disappeared almost totally but reemerged. Within this group we can mention: dengue, hepatitis C, influenza, enterohaemorrhagic E.coli, malaria, cholera, leptospirosis, yellow fever, etc.

The pediculus humanis capitis (or head louse), is a lice infestation on the scalp that comes with health problems, it is the most common cause of piodermitis.

It affects between 5 to 15% of the school population, being more common on girls than boys because of hair length and the sharing of hair accessories. In Nuevo León, every 27 of 100 kids have head lice infection; according to data found by the Emerging Pathogens Unit researchers.

The Rickettsia prowazekii causes the ‘epidemic thypus’ and is transmitted by lice on the body when their feces penetrate through scratches, bites or other wounds. The Rickettsia typhi causes the ‘murine typhus’ or the ‘endemic typhus’, which is disseminated by lice or fleas. Generally this occurs on areas with deficient or poor hygiene and cold climates. These cause diseases manifested with: