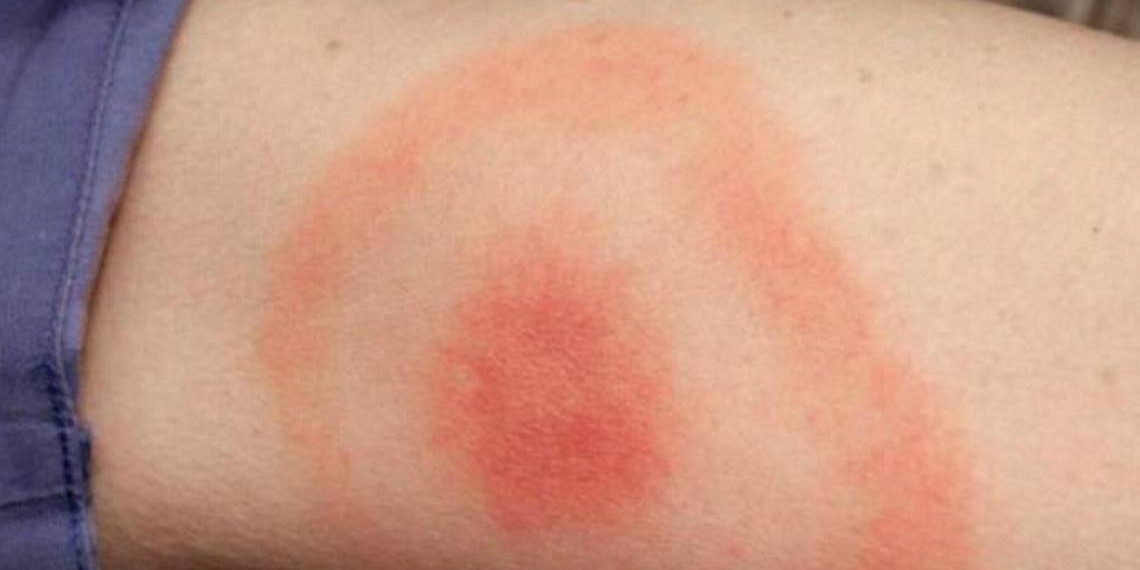 Lyme’s disease is a bacterial infection transmitted through the bite of a tick. The black-legged tick, also known as deer tick, can carry the Borrelia Burgdorferi bacteria that could have been caught by deer while eating small rodents. It is important to notice that not all species of this insect carry the bacteria.

Symptoms of the disease are: stage 1 (early stage): starting a few days or weeks after the bite and symptoms like fever and shivers, overall ailment, headaches, joint paint, muscular pain, and neck stiffness can manifest. If these symptoms are not attended, bacteria can move to other parts of the body like the brain, heart, and joints; this could lead to stage 2 (early dissemination), symptoms are: numbness or nerve pain, paralysis or face muscle weakness, heart problems or irregular heartbeats with thoracic pain, and problems to breathe. On stage 3 (late dissemination) common symptoms are: abnormal muscular movement, joint swelling, muscular weakness, numbness, problems to speak, and cognitive problems. These symptoms can manifest after months or years after becoming infected.

According with Lyme Clinic Mexico, from October 2016 to May 2018, 63 cases of this disease were detected. In the Northeast of USA the numbers have increased drastically with more than 300,000 new cases each year, according to Centers for Disease Control and Prevention. Risk factors are varied, but performing outdoor activities like gardening, hunting, or hiking, having a pet or waking on high pastures, can increase the exposition to these vectors.

What we wear, ecological and weather factors, the increase of rodents on urban areas, and the increase of tick density have led to a drastic increase of cases. A study that used a System Dynamic (SD) to evaluate the risk of exposition to the disease, mentions that medical assistants lacking the specific knowledge, non-specific symptoms, and unknown tick bites can delay an early prognosis, and that leads to the chronic stages of the disease.

Weather differences, prevention strategies within each State, public awareness, recognizing the symptoms, and human exposure to ticks are other factors that can weigh on the variation on Lyme’s disease rate of incidence. A model based on agents developed in Scotland, shows that a higher temperature influence tick populations affecting behavior, fertility, survival rate, and the optimal conditions of host habitat, this could lead to a higher incidence of tick-host contact, and pathogens transmission.

Vayssier-Taussat, et al. (2013) mentions that the development of new prognosis methods are extremely necessary. New PCR methods and new genomic techniques like high performance sequencing could be promising to identify the complex mixture of microbial agents that are probably involved on said disease.